HELLOWEEN kick off the pre-order for their first single “Skyfall” from their new album on April 2nd, 2021

The epic 12 minute song, written by Kai Hansen, will be released in two versions: The A-side features the 7 minute single edit and the B-side explodes with a 12 minute alternative version of the album track with a new mix and a different singer allocation – available only on this very single! The second edition will offer “INDESTRUCTIBLE” as the B-side, another precursor from the album. Limited availability, on vinyl only with premium packaging

The first version of Skyfall:

(exclusive versions, not available on the album. Around 20mn playing time)

The second version of Skyfall: 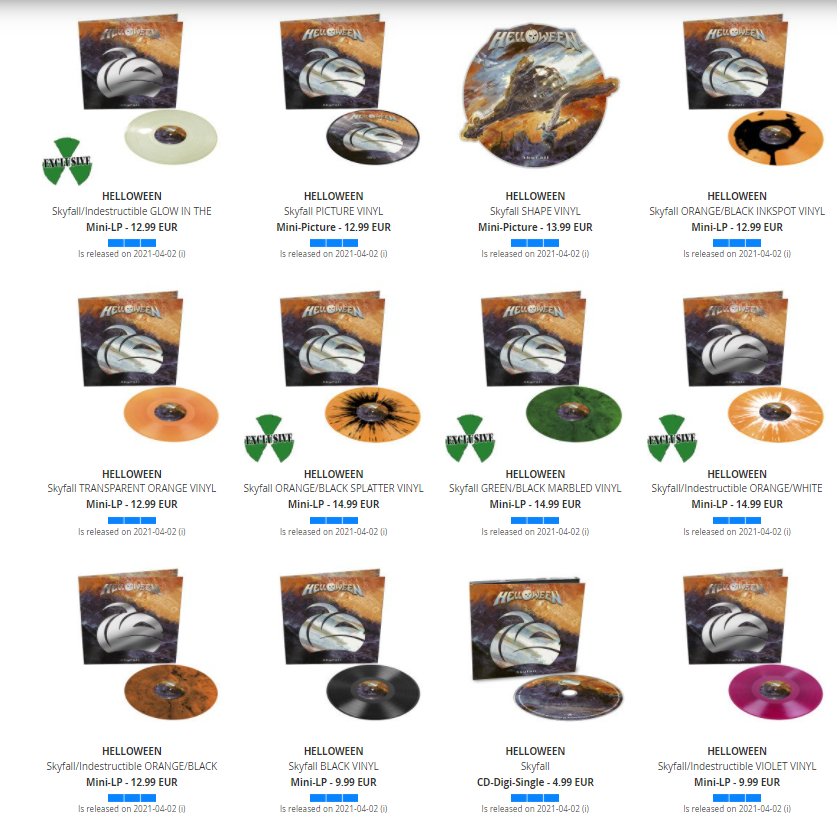 and pre-order while it lasts